Cruising on north-east, we left Lightning Ridge at around 8.30 and bumped and swayed our way along the road to St. George.

We decided on St. George for three reasons: (a) it was time to have a stop; (b) people had told us that the Pelican’s Rest was a nice park and (c) Rob’s brother lived and worked there some years ago, and he just wanted to have a look around. 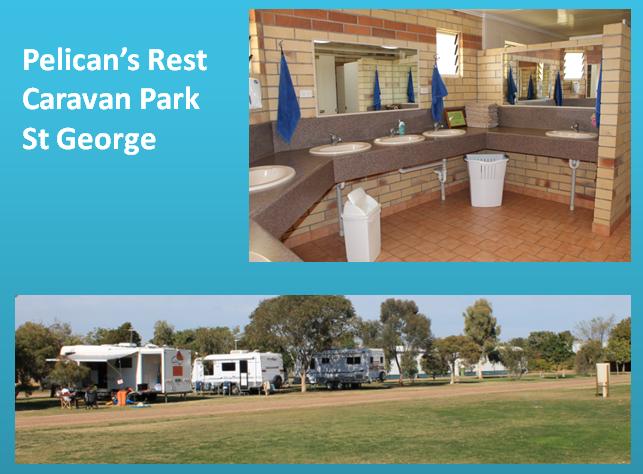 It was actually Rob’s birthday, so after we set up, we headed to the RSL for a birthday lunch. “Oh, look Rob, there’s a senior’s lunch special for $10,” I pointed out to him. “Let’s lash out! No expense spared for your birthday!” It was actually a great meal: a full-size seafood basket with chips and salad. Very nice little club, actually everyone – so if you’re in St. George, check it out and grab a meal.

We had heard from another caravanner that the free camps in the St George shire had closed down, so we moseyed into the Info Centre to see if we could find out more. We timed it well; someone from the council walked in just as we were asking. She told us that the council had decided to close down some free camping spots for ‘environmental and safety reasons’ but that they had also poured $300,000 into improving other free camps – which, coincidentally, happened to be 50 kms out of town.

Another local did tell us that it was also because the local caravan park owners weren’t happy, but nobody wanted to go on record. I don’t blame them, but it will be interesting to see if the free camps vs. caravan parks debate hots up.

We bought a giant muffin downtown to act as Rob’s birthday cake and stuck all one dozen candles from the packet in it and lit them before using FaceTime to contact the other set of grandchildren, so they could sing Happy Birthday and watch Grandpa blow out the candles. Rob kinda got burned with a bit of dripping wax while we were holding the muffin up to the phone – but hey, that’s life on the road. 🙂

We left St George and set off for another round of dodging stock, roadkill, road trains and appalling road surfaces on our way to Bollon – after taping up our bathroom mirror doors, since the pop-catch on one of them had broken off with the rough road conditions the day before. (And yes, we’d heard about Bollon from another caravanner. There’s nothing like the Nomad Telegraph.)

The Bollon Campground is a real winner. Free HOT showers and flushing toilets – and with the Telstra tower situated right on the edge of the park, you also get full coverage! Howzat? There’s a new toilet facility down the far end of the camp, too – pristine white flushing toilet; handbasin with soap… ahhh, luxury. WELL DONE, BOLLON! 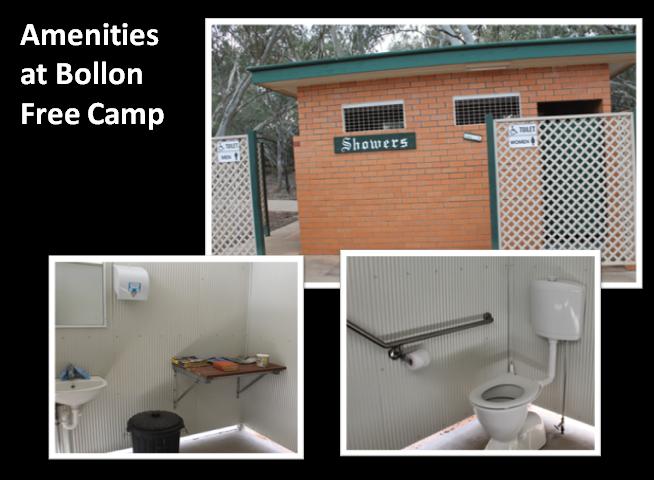 Apart from the amenities, this is a really pleasant place to stay. You can take the Wallam Creek Walking Trail beside the river into town, and it’s pet-friendly. 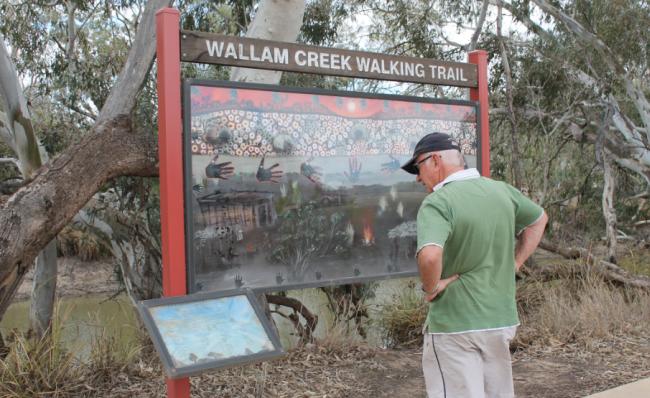 The sign on the way into town announced that Bollon was a friendly town, and indeed it was. We wandered along the track to the tiny township to buy a coffee, and while we were sipping it outside the store, Bruce (one of the locals and an ex-drover) stopped for a yarn. He sat there for ages telling us all about the town and the area, then was joined by his wife Daphne. What a terrific bloke; we really enjoyed talking with him.

He told Rob about twin brothers, Roy and Jim Withers, who were drowned on the same day in the adjoining river, at the age of 51. Rob walked through the local cemetery (adjoining the campground) later in the day, and found the grave. We wish we’d thought to ask Bruce HOW they both managed to drown… was the river in flood? Or…??? Got me curious. If you know, tell us in the comments section! It’s stories like this that make travel so fascinating. 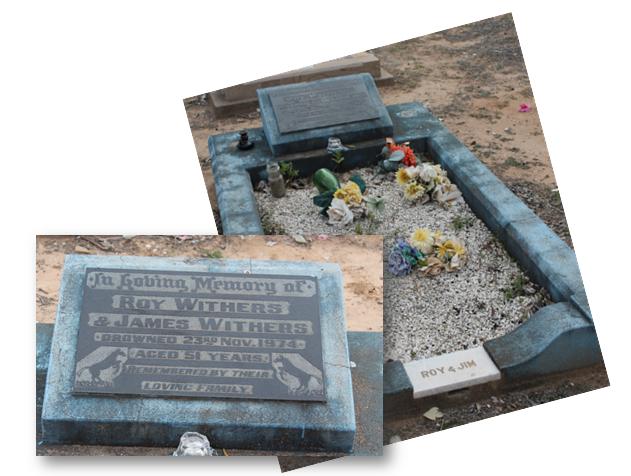 I was intrigued by the cafe’s mugs that changed colour when hot liquid was poured into them, so I spent more money on two for the caravan. More money for the township… they deserve it.

We could easily have stayed at the Bollon campground another day or two. We enjoyed meeting Pat (I never did find out what her husband’s name was) who had been following camel races from town to town, and Dennis and Carmel Nalder who remembered us from our travels with C&M. Now Dennis is one of those handy types (and an ex-boat-builder) who can turn his hand to most things, and Carmel showed us the drop-down lid he made to go over the glass lid on the stove, to give it more protection, and especially the nifty little cubbyholes he made for cups and glasses to fit in – by heating and bending a plastic breadboard and using a jigsaw to cut the holes and slots for the handles. Brilliant! 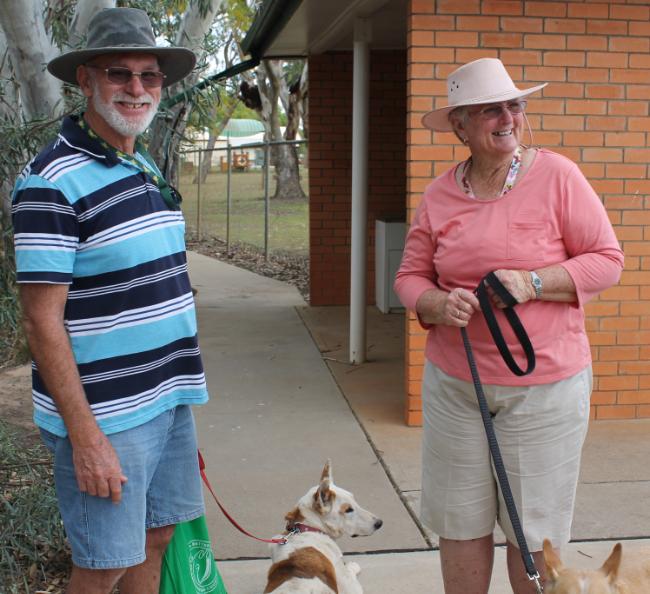 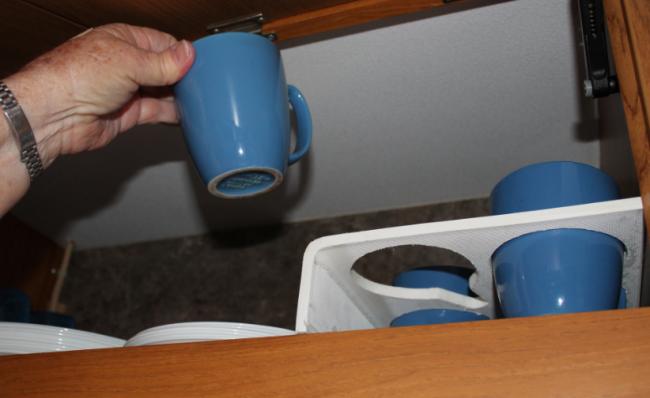